The Royal Scientific Society of Jordan (RSS) has endorsed the Enviro Loo as a socially acceptable and water-wise sanitation solution for Jordan and the surrounding region following the successful outcome of a year-long pilot test project.

The Enviro Loos were tested at three locations in Jordan i.e. the Azraq Syrian refugee camp, That Al-Netaquian for social development and Yarmouk Natural Reserve. Testing parameters included the level of social acceptability and the toilet’s efficiency in reducing moisture content within the human waste material.

The Enviro Loo unit was able to remove 91% of moisture content over the test phase. The majority of users (74%) found the system acceptable and reliable with a notable freshwater saving.

The RSS has therefore recommended the use of the Enviro Loo system in Jordan and surrounding areas where there is no sewage system. A team from Enviro Loo are currently in Jordan to discuss the next phase in the implementation of this sanitation solution in the region. 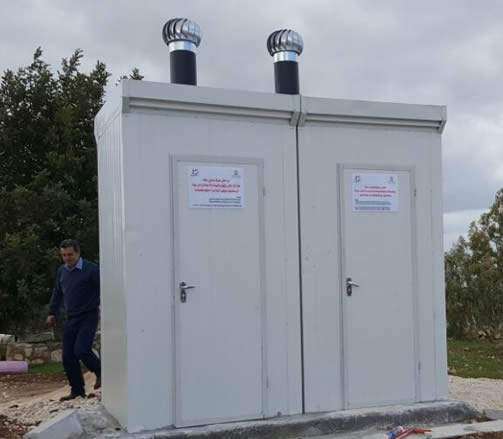